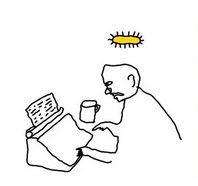 From the last page (Sketchbook) of The New York Times Book Review, September 27, 2020 “A Wordless Way To Write A Novel” by Liana Finck, who began contributing to The New Yorker in 2013.

An end of week listing of the magazine’s artists who contributed to newyorker.com features 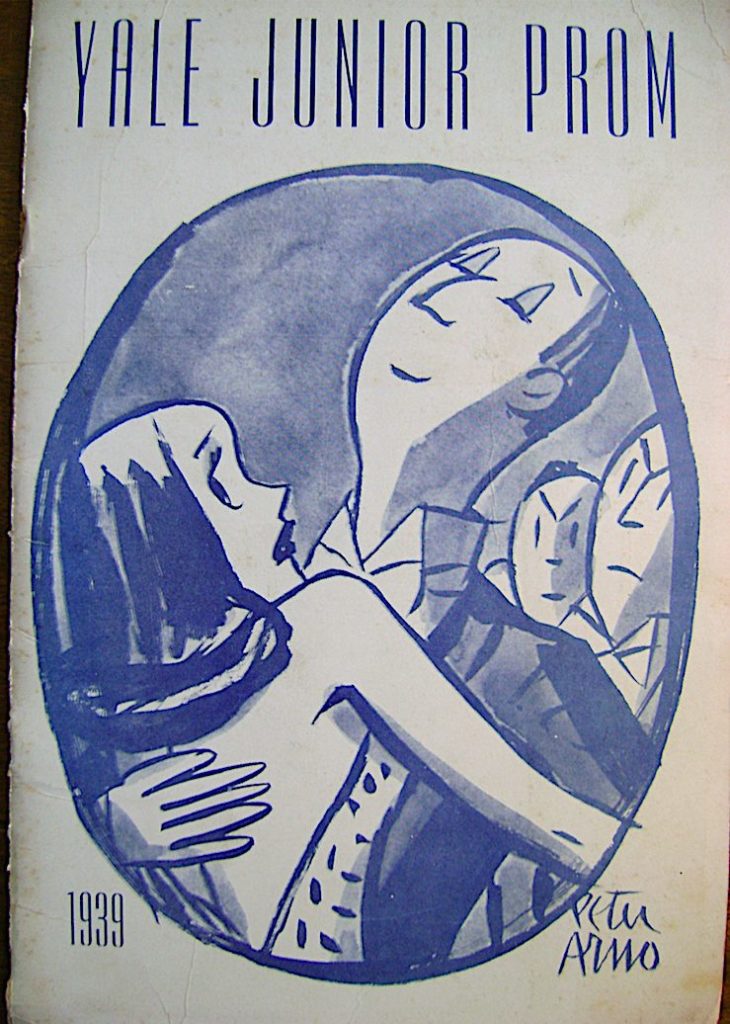 Glancing at a stack of New Yorker ephemera here at Spill headquarters I noticed this oddity (shown before on this site about four years ago). Arno’s Yale connection is well documented (he went there for one year, from the Fall of 1922- thru the Spring of 1923, when his father pulled the plug on paying his tuition. Then it was goodbye New Haven, hello Manhattan).

But this isn’t a post about Arno & Yale, it’s about the image we see here.  It occurred to me this morning how often Arno returned to the image of a woman’s bare upper back, featuring it prominently in at least four of his New Yorker covers and who knows how many of his drawings. 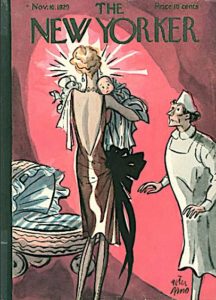 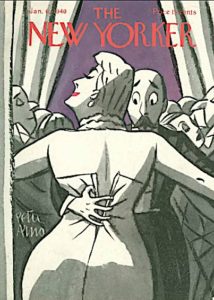 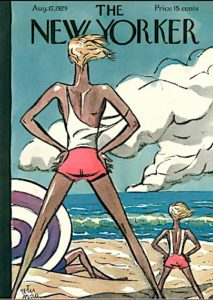