Here are a few books from New Yorker artists heading our way, some sooner than later:

A Wealth Of Pigeons: A Cartoon Collection, by Harry Bliss & Steve Martin. Celadon Books. Out November 17, 2020. Mr. Bliss (drawing) and Mr. Martin (writing) have been teaming up as of late. This’ll showcase the fruits of their labor. Mr. Bliss began contributing to The New Yorker in 1994.

In: A Graphic Novel, by Will McPhail, Houghton Mifflin Harcourt. Out in May of 2021. Mr. McPhail began contributing to The New Yorker in 2014. From the publisher:

“Nick, a young illustrator, can’t shake the feeling that there is some hidden realm of human interaction beyond his reach.” 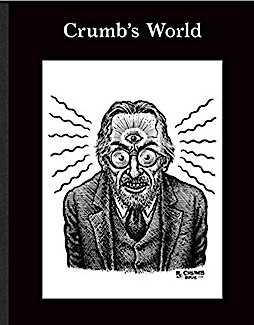 Crumb’s World, by Robert Crumb. David Zwirner Books. Out January 19, 2021.  Mr. Crumb began contributing to The New Yorker in 1994. From the publisher:

“… a slice of Crumb’s unique universe, this book features a wide array of printed matter culled from the artist’s five-decade career—tear sheets of drawings and comics taken directly from the publications where the works first appeared, magazine and album covers, broadsides from the 1960s and 1970s, tabloids from San Francisco’s Haight-Ashbury, Oakland, Manhattan’s Lower East Side, and other counterculture enclaves, as well as exhibition ephemera.”