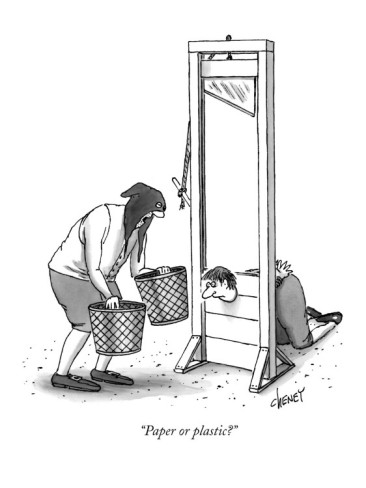 This is the second installment in an Ink Spill series of cartoonists talking about the important cartoon connections in their lives.  Felipe Galindo wrote about Steinberg last week.  This week, Tom Cheney, who began contributing to The New Yorker in 1978 (one of his most famous contributions is above) writes about the late Charles Rodrigues, whose work is perhaps most associated with National Lampoon.

For more information on Tom Cheney and a look at Charles Rodrigues’s work:

Link to Tom Cheney’s work for The New Yorker: The Cartoon Bank

Link to a site posting work by Charles Rodrigues