The American Bystander’s Michael Gerber, Wants To Save MAD Magazine

Michael Gerber, the man behind the curtain at American Bystander, is proposing to rescue MAD Magazine.  Below: two Tweets from Mr. Gerber sent out yesterday: The New York Times called  The American Bystander “…an essential read for comedy nerds”.   Anyone who loves comic art and writing will cheer on Mr. Gerber’s effort  to rescue MAD.

Bittersweet.  This on Comic-Con International’s 2019 schedule:

In one corner, the New Yorker magazine, top of the cartoon heap, king of the single-panel, and undisputed peak of the artform. In the other corner, MAD magazine, the magazine most humorists cite as their biggest influence. Which magazine is the better patron saint of cartoonists? Who has funnier cartoons? And, most important, who would win in a fight between Eustace Tilley, the fop from the NY’er, and Alfred E. Neuman, the MAD magazine mascot? Distinguished panelists from both magazines duke it out in a free-for-all discussion. May the funniest one win.

Chris Weyant’s gives us sunblock on wheels.  Mr Weyant began contributing to The New Yorker  in 1998. Visit his website here.

Gil Roth adds Karl Stevens to his remarkable list of interviewees (including a goodly number of comics and cartoonists).  Mr. Stevens began contributing to The New Yorker this year. 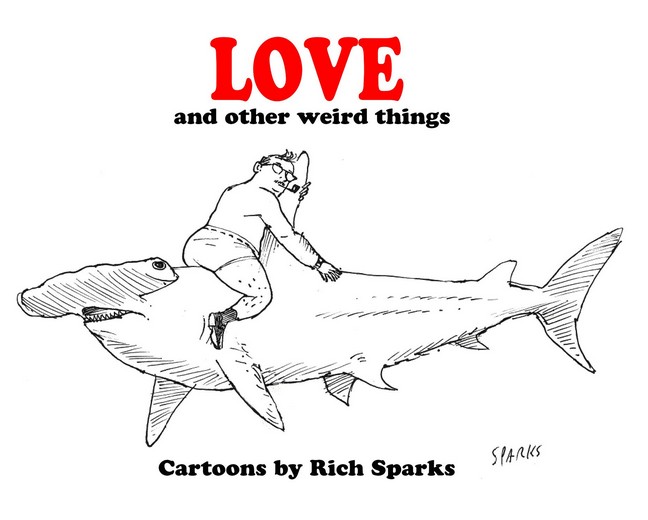 Mr. Sparks began contributing to The New Yorker in 2016.  His book, Love and Other Weird Things is out the last day of the year. Visit his website here.