I’m on record as believing Thurber’s “What have you done with Dr. Millmoss?” is a perfect drawing.  It appeared in The New Yorker,  July 14, 1934, but we didn’t get any kind of closure on Millmoss until February of 1991 when he turned up at a Returns counter in a Danny Shanahan cartoon. Two more Shanahan Thurberesque drawings over the next two years provided further glimpses of Millmoss’s world.

The Spill recently asked Mr. Shanahan about to talk about his Thurber Millmoss trio, and if the originals were, as I remembered, out in Columbus. 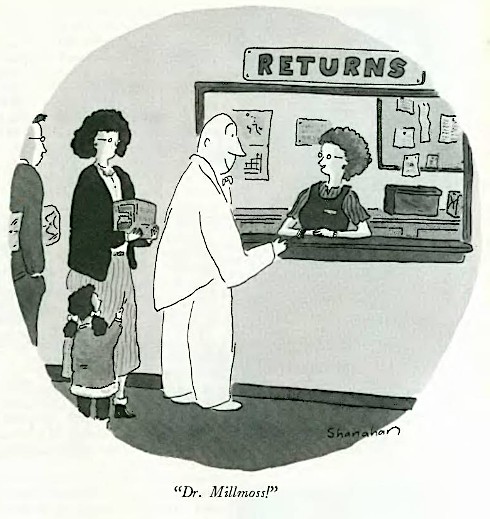 “I always loved the Thurber Millmoss cartoon, one of my all-time favorites. It was approaching the Christmas holiday, and gift cartoons were in my head (as were “return” cartoons). I came up with the Thurber tribute, the “return” of Millmoss, but didn’t know if it would fly with Lee [The New Yorker’s art editor, Lee Lorenz]. He loved it, The New Yorker ran it, so not long after I decided to keep it going. I came up with the second idea; once again, Lee loved it but thought it was too soon, and that maybe it would work better in The New Yorker’s anniversary issue. That’s where it ran, and the following year, as the next anniversary issue approached, I thought I should take a stab at wrapping up the whole saga. It worked out well, except for a handful of readers who thought I was trying to steal Thurber’s characters. The magazine got a few angry letters. And, yes, the originals were donated to The Thurber House, where they are on permanent display.” 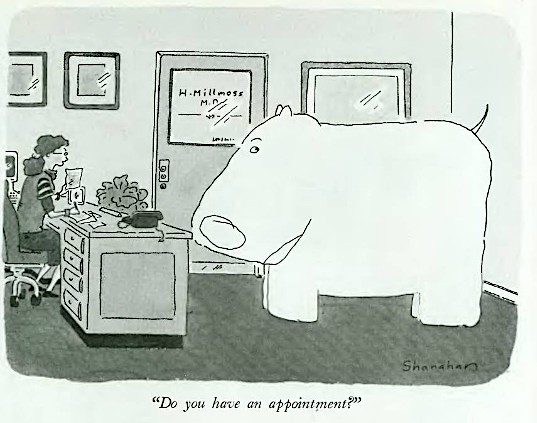 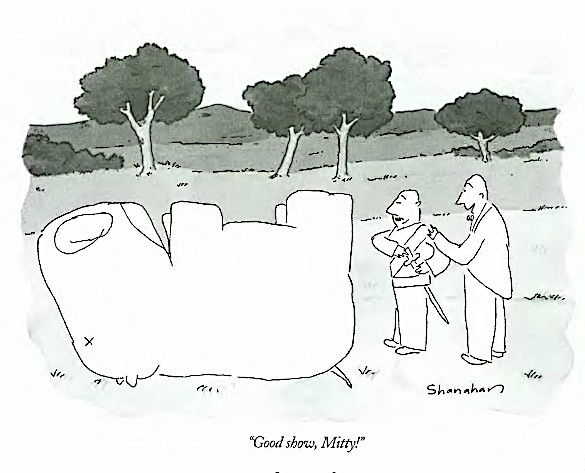 Danny Shanahan began contributing to The New Yorker in 1988. His Thurber trio appeared in the following issues of the magazine: