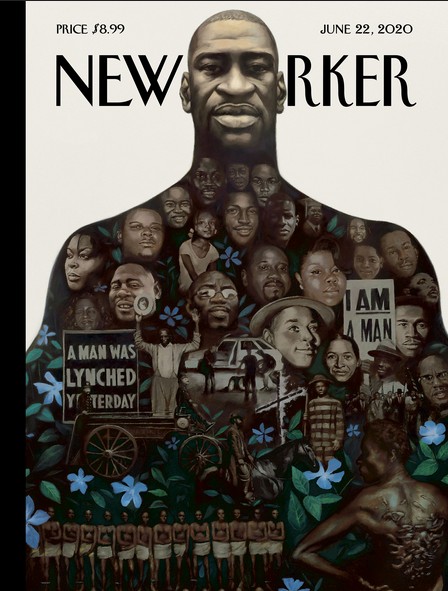 Above is the early-released cover of next week’s issue of The New Yorker by Kadir Nelson. Go here to see what the magazine calls “a closeup examination…of the cover”

An end of week list of New Yorker artists who contributed to newyorker.com features.

All the above, and so much more, can be found here.

Mr. Krimstein, a New Yorker contributor since August of 2000, is the author of the acclaimed Three Lives of Hannah Arendt.

The New Jersey Hall Of Fame may soon include Westfield born Charles Addams.  Read about it here.

Charles Addams (Born in Westfield, New Jersey, January  7, 1912. Died September 29, 1988, New York City. New Yorker work: 1932 – 1988 * the New Yorker has published his work posthumously. One of the giants of The New Yorker’s  stable of artists.  Key cartoon collections: While all of Addams’ collections are worthwhile, here are three that are particular favorites; Homebodies (Simon & Schuster, 1954), The Groaning Board (Simon & Schuster, 1964), Creature Comforts (Simon & Schuster, 1981). In 1991 Knopf published The World of Chas Addams, a retrospective collection. A biography, Charles Addams: A Cartoonist’s Life, by Linda Davis, was published in 2006 by Random House. Visit the Addams Foundation website for far more information : http://www.charlesaddams.com/ 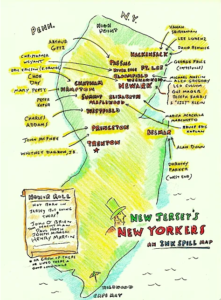 From The New York Times, June 14th, “How A New Yorker Cartoonist Spends Her Sundays” — we are informed that this interview with Liana Finck originally took place in January and was updated in March.

Ms. Finck’s latest book is Excuse Me: Cartoons, Complaints, And Notes To Self (Random House).