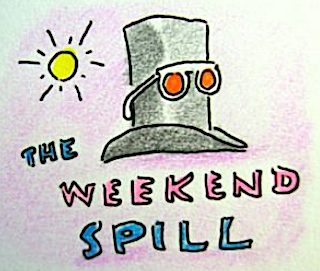 An end of week listing of artists who’ve contributed to newyorker.com features.

I realized this morning that this little grouping of framed & unframed cartoons resting on our old piano seem to fit together (it’s an odd fit, but a fit). The two pieces in the front are by Garrett Price; a couple of Charles Saxon drawings center and left, and far right, a splash of color courtesy of Helen Hokinson.

Helen Hokinson Born, Illinois,1893; died, Washington, D.C., 1949. New Yorker work: 1925 -1949, with some work published posthumously. All of Hokinson’s collections are wonderful, but here are two favorites. Her first collection: So You’re Going To Buy A Book! (Minton, Balch & Co, 1931) and what was billed as “the final Hokinson collection”: The Hokinson Festival (Dutton & Co., 1956). According to a New Yorker document produced during Harold Ross’s editorship (1925-1951) rating their artists, Ms. Hokinson and Peter Arno occupied a special category unto themselves above all others.