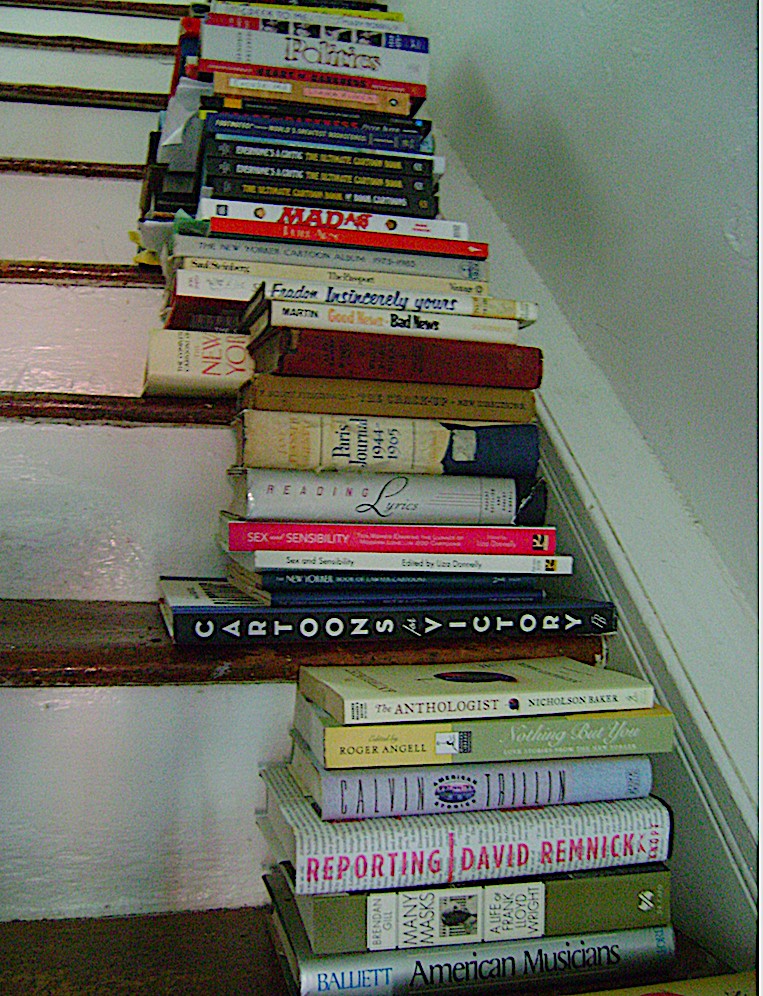 Here at Spill headquarters we ran out of bookshelf space quite awhile ago; even the places to “temporarily” place them have become crowded. A few weeks ago, a few old favorites and new favorites — all New Yorker-centric (but one) — began being placed at the bottom step of our thirteen hallway steps. Then a few more books were placed on the next step up, and so on and so on, until eleven steps were filled (not so that we couldn’t continue to use the steps as steps — the books take up approximately half the width of each step). With just two empty steps left, I’m beginning to wonder: where next.

Article Of Interest: “Behind The Covers”

From Otega Daily Times, June 8, 2020, “Behind The Covers” — this article on filmmaker Sally Williams, whose Stevenson Lost And Found is a must-see for all those who love New Yorker cartoons.

An end of week listing of New Yorker artists contributing to newyorker.com features

To see all the above, and more, link here.