Another Harvey In The House

I fell for this Alice Harvey original drawing the instant I spied it online.  Luckily it has found its way to the Spill’s archives. Published in The New Yorker March 20, 1926, it was one of Harvey’s first dozen cartoons in the magazine (the Spill collection includes Ms. Harvey’s first captioned New Yorker drawing, published October 24, 1925).

Here’s the he/she caption (or in this case, a she/he caption) — a rarity in the magazine:

I love the way Ms. Harvey went out of the box (so to speak) with the column. That the New Yorker  shoved the text over to allow for the column was really nothing unusual for the magazine in those early days. Open any early issue of The New Yorker and you’re likely to run into some creative dance between art and text. Here are a couple of instances from one issue alone, December 11th, 1926, followed by a few other from 1926. The first drawing is by Alan Dunn, one of the magazine’s most published artists.

..and here’s one from Harold Denison:

One of the most dramatic drawing/text relationships appeared in the issue of May 8, 1926. Al Frueh is the artist (this drawing, sans text, can be found in The New Yorker 25th Anniversary Album):

And just one more.  From the issue of November 20, 1926, this terrific drawing by Julian de Miskey:

The Spill‘s  A-Z entry for each artist mentioned in this piece: 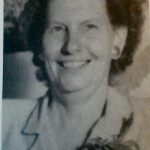 Julian de Miskey Born 1898, died 1976. NYer work: 1925 – 1962. The New Yorker’s database indicates he contributed 82 cartoons and 62 covers. His first published New Yorker piece was a cover for the issue of May 23, 1925. The following information from de Miskey’s bio on the Papillion Gallery site: born in Hungry, came to the United States in 1914. After attending the NYC’s Art Students League, he began contributing to various publications, eventually contributing to the New Yorker in its first year of publication. 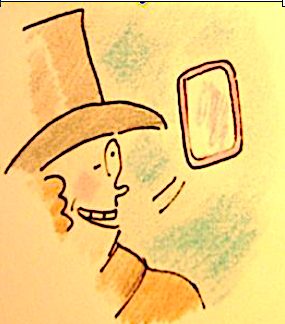 A listing of New Yorker artists who have contributed to newyorker.com features this past week.