Playboy Will End Its Print Edition

The magazine’s Spring 2020 issue will be its last print edition. An online edition will continue (the magazine says “special” issues may appear next year).  For many years, in the latter part of the Golden Age of Cartoons, as magazines that carried cartoons failed, Playboy emerged as the next best market (after The New Yorker), pay-wise, for single panel cartoonists. Like The New Yorker, the magazine had an anchor stable of artists, some of them on contract. In recent years the magazine dropped cartoons, and then brought some back.

Getting to know you, by Teresa Burns Parkhurst, who began contributing to The New Yorker in October of 2017. 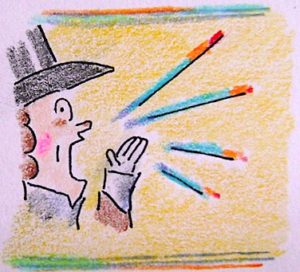 “How I Wish To Receive Notifictions” by Emily Flake, who began contributing to The New Yorker in 2008.