Trailer Of Interest…Stevenson: Lost And Found

Writer and artist, James Stevenson was one of The New Yorker Magazine’s most prolific cartoonists. Revered for its weighty commentary on world affairs, The New Yorker found its sweet side in the wit, whimsy and sheer joie de vivre of Jim’s illustrations and articles. Opening as the artist celebrates his 85th birthday, STEVENSON LOST & FOUND is a bitter-sweet romp through the stellar, 67-year career of a remarkable artist. An odyssey of discovery and loss the film unearths a truly dazzling volume of work, while facing, head-on, the dark and tragic struggles of the artist and those who loved him.
And here’s The Spill‘s A-Z entry for Mr. Stevenson:

James Stevenson Born, NYC, 1929. Died, February 17, 2017, Cos Cob, Connecticut. New Yorker work: March 10, 1956 –. Stevenson interned as an office boy at The New Yorker in the mid 1940s when he began supplying ideas for other New Yorker artists. Nine years later he was hired a full-time ideaman, given an office at the magazine and instructed not to tell anyone what he did. He eventually began publishing his own cartoons and covers as well as a ground-breaking Talk of the Town pieces (ground breaking in that the pieces were illustrated). His contributions to the magazine number over 2000. Key collections: Sorry Lady — This Beach is Private! ( MacMillan, 1963), Let’s Boogie ( Dodd, Mead, 1978). Stevenson has long been a children’s book author, with roughly one hundred titles to his credit. He is a frequent contributor to the Op-Ed page of The New York Times, under the heading Lost and Found New York. Stevenson’s recent book, published in 2013, The Life, Loves and Laughs of Frank Modell, is essential. 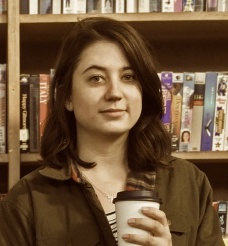 Here’s an excerpt on Longreads  from The Peanuts Papers (out October 22nd from Viking) featuring Hilary Fitzgerald Campbell’s contribution. Ms. Campbell has been contributing to The New Yorker since 2017. Link here to her website. 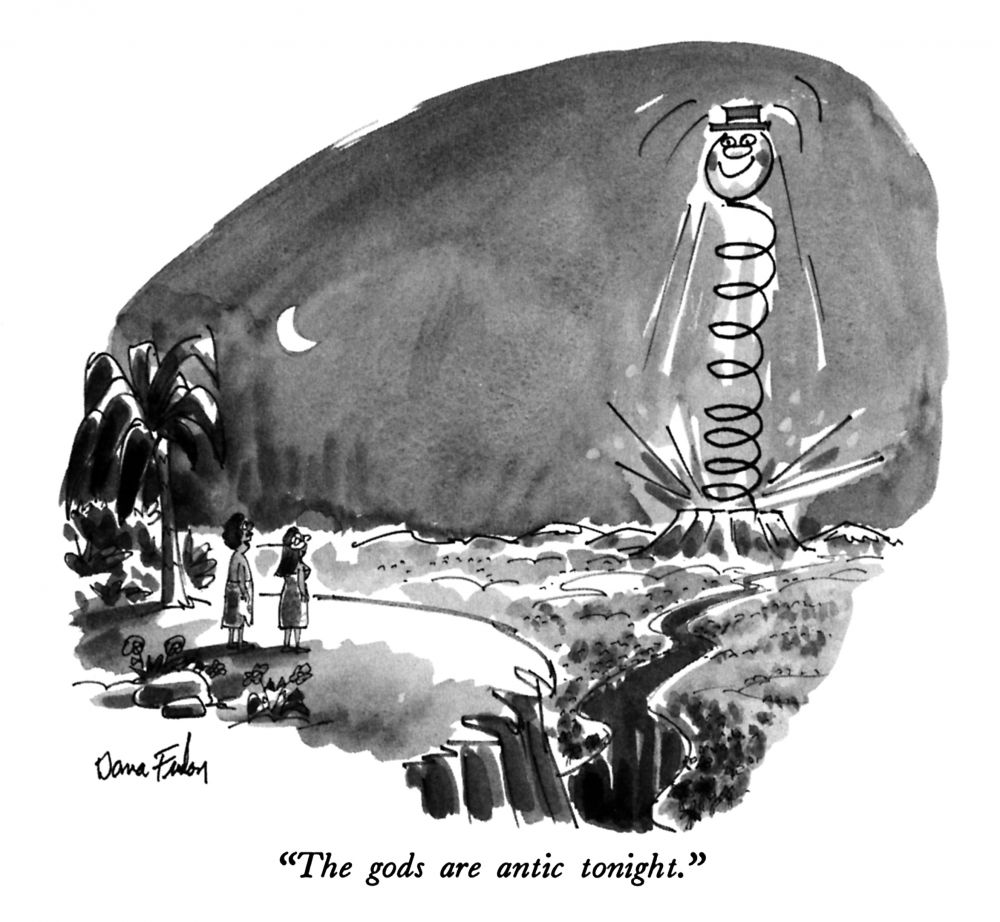 R.I.P. Arthur Dana Fradon.
This one especially hurts as I got to know Arthur a bit, spoke at length with him on the phone (he was sharp, funny and had some terrific stories), had many online exchanges with him (it was a big day if I could make him laugh with one of my little jests), and I hoped that I could make the trip to visit him in Woodstock or Connecticut with a few cartoonist friends. He was the very last contract artist that Harold Ross signed to The New Yorker, a few years after Arthur sold his first cartoon to the magazine in 1948. He was one of the most prolific of artists, selling about 1400 drawings over six decades until he finally retired to work on a novel. (He had some, uh, opinions about new Editor Tina Brown.) He was also a terrific satirical writer, the caption perfectly complementing his drawing. This was in a time (late 40s-mid-60s) when many of the contract cartoonists like Arno, Addams and Darrow, Jr. still worked with other writers’ captions, which eventually faded out when Lee Lorenz succeeded Jim Geraghty as Art Editor in 1973.

Arthur played baseball into his eighties and told Peter Arno biographer Michael Maslin, “I’m not really a cartoonist. I’m a misplaced baseball player or something like that.” I loved his work from when I first saw it in one of The New Yorker collections (he was quite proud of the fact that he had the most cartoons in one of the magazine’s retrospective books); when I mentioned to him how much I liked his “Good morning, beheaded” cartoon, he said that seemed to be the most popular of his cartoon prints sold by the magazine. Condolences to Ramona Fradon and their daughter Amy.