Here’s a fun post on Stephen Nadler’s Attempted Bloggery regarding a Marx Brothers-centric William Hamilton New Yorker drawing that appeared in the issue of December 11, 1971 (see below). According to author Steve Stoliar, it once belonged to Groucho Marx. But whither post-Groucho?   Read all about it here. 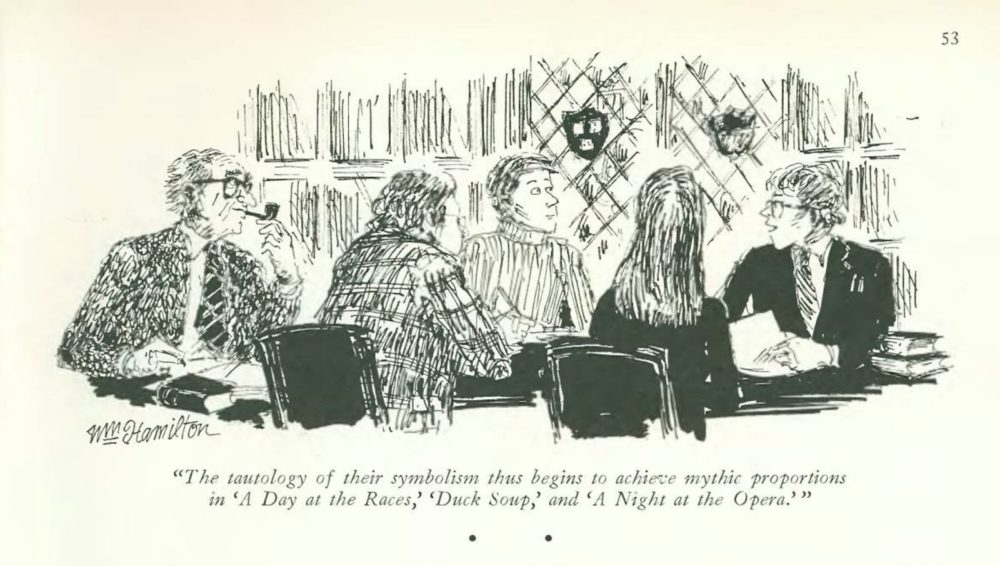 Mr. Steiner began contributing to The New Yorker in 1979. Visit his website here.

Yesterday’s Daily Cartoonist: Navied Mahdavian, who began contributing to The New Yorker in 2018.

And…Yesterday’s Daily Shouts cartoonist: “To All The Bars I Loved, Before They Closed Forever” by Eugenia Viti (with Sara K. Runnels).