Ms. Donnelly, whose first New Yorker cartoon appeared in 1982, will live-draw tonight’s Presidential debate for The New York Times Opinion section.  She made the announcement yesterday via Twitter:

…Further reading:  a Washington Post piece on the exhibit.

Link here for information on how to obtain the companion book to the exhibit.

Ms. Kabaker’s most recent New Yorker cover appeared on the issue of August 31, 2020.

For a short video profile of Ms. Kabaker and her work, go here.

New New Yorker Book: No Cartoons, Not Funny, But Definitely Of Great Interest

The full page ad appearing in the latest of the issue of the magazine opposite the Talk Of The Town got my attention. 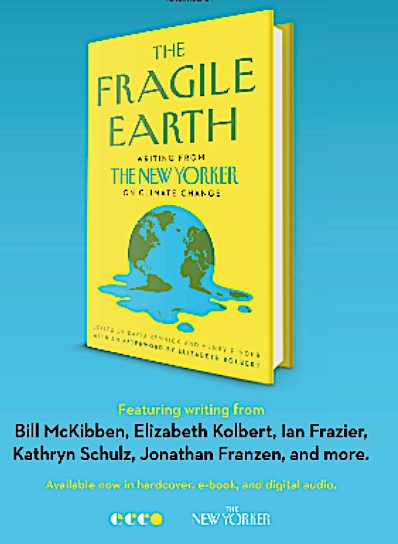 You can take a “look inside” The Fragile Earth: Writings From The New Yorker On Climate Change on Amazon here.