The passing of Jeopardy! host,  Alex Trebek over this past tumultuous weekend caused me to seek the search box on The New Yorker‘s Cartoon Bank site. I was curious as to how many Jeopardy! drawings had appeared in the magazine.  Surprisingly, fewer than a dozen matches came up that specifically addressed the show: Roz Chast’s Insomnia Jeopardy published December 8, 2008, and her Final Answers from April 29, 2013; this bar scene from Michael Crawford, in the issue of  November 11, 1996; Buck Brown’s (one and only New Yorker cartoon) guy on the street from August 19, 1996, and Lisa Rothstein’s “I Played Jeopardy” from the issue of May 22, 2019. As you see below, I was unable to resist toying with the wording of  Jeopardy!’s classic answer and question format. This appeared in the issue of August 15, 2011: 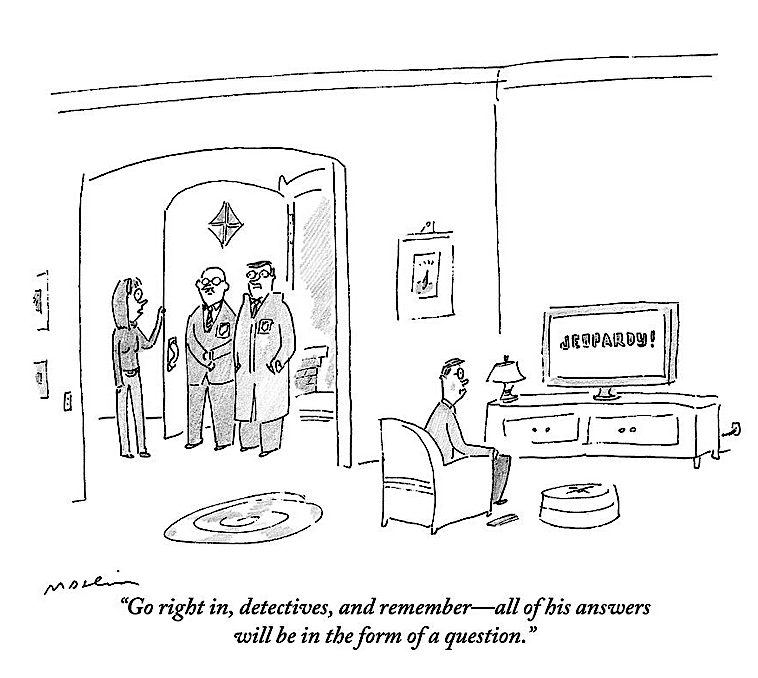