From The Washington Post, April 15, 2019, “How the Trayvon Martin tragedy led to Darrin Bell’s historical editorial cartooning Pulitzer.”  Mr. Bell began contributing to The New Yorker in 2016. Link to his website here.

The Cover:  Loveis Wise’s piece is added to the magazine’s collection of “covers about grooming.”  Read about it here.

The Cartoons: Becky Barnicoat makes her New Yorker debut this week. Ms. Barnicoat is the 8th new cartoonist to join the magazine’s stable this year, the 3rd this month, and the 33rd to be brought in since Emma Allen became cartoon editor in May of 2017.

Of note: a double-page “Sketchbook” by Liana Finck.

The Illustrators (in acknowledgement of their graphic presence per issue, the Spill will, from time-to-time, list the issue’s illustrators):

And speaking of illustrators, Christoph Niemann’s redraw of Rea Irvin’s iconic Talk masthead remains in place nearly two years after it was installed. For those who wish to read about the original, go here.

Dogs and taxes, by Elisabeth McNair.  Ms. McNair began contributing to The New Yorker in July of 2018.  Link here to her website. 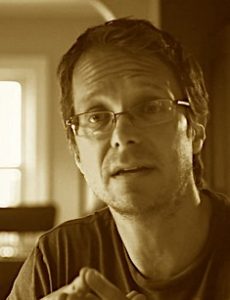 Noted here in late March, Harry Bliss has been working with a high profile gagwriter.  Today there’s news of a book of cartoons in the works.