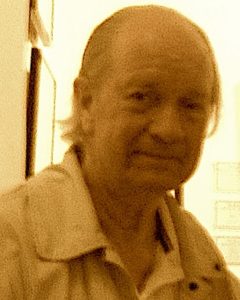 2019 was an unusually rough year in the loss column for New Yorker cartoonists. We lost Nurit Karlin in April, Dana Fradon in October, and then Gahan Wilson in November.  Although we miss them, and mourn them, we have thousands of their cartoons at hand in anthologies, collections, and online.  A wonderful thing happened this morning when I began looking once again at Nurit’s, Dana’s and Gahan’s drawings in New Yorker anthologies: their work gave me a cartoonist jump-start into the new year — a fun boost as 2020 begins.

Ms. Karlin, the lone female cartoonist at the magazine during her first four years at the magazine, reinvigorated the school of Thurber:  simple clean lines delighting as much as a Reginald Marsh double-page extravaganza. Ms. Karlin found humor without captions — in my book a most difficult way to define one’s cartoon world.  She moved the captionless tradition into modern times; a  corner of the cartoonist’s universe notably practiced  by Sam Cobean and Otto Soglow in the magazine’s earlier years.

Dana Fradon, 97 at the time of his passing, was our last cartoonist link to the Harold Ross era. Mr. Fradon had excellent recall of the generations of New Yorker contributors he encountered during his more than half a century contributing his organically funny drawings. Good humor and high-bar artistry stayed with him throughout. Mr. Fradon, along with a number of his contemporaries, excelled at inverted tip-of-the-iceberg drawings: the point he wanted to make was just below the surface.

Gahan Wilson, affectionately and accurately dubbed the Wizard Of Weird, was the child who loved to draw monsters who grew up to be the adult who drew monsters. It was Mr. Wilson’s genuine love of that frightening world, and his gifted exploration of it throughout his life that caused us to cherish him and his work.