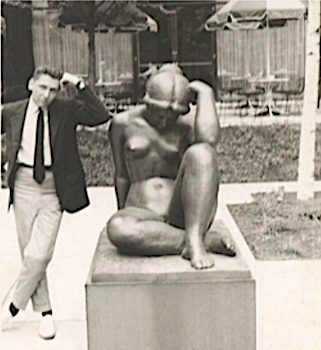 Above: Edward Frascino With Aristide Maillol’s “The Mediteranean” at The Museum Of Modern Art, about 1955. Photo courtesy of Mr. Frascino When I joined The New Yorker’s stable of cartoonists in the late 1970s there were perhaps two dozen regulars whose work anchored the magazine’s art. The strength of the stable was, as you would expect, superior cartoonery