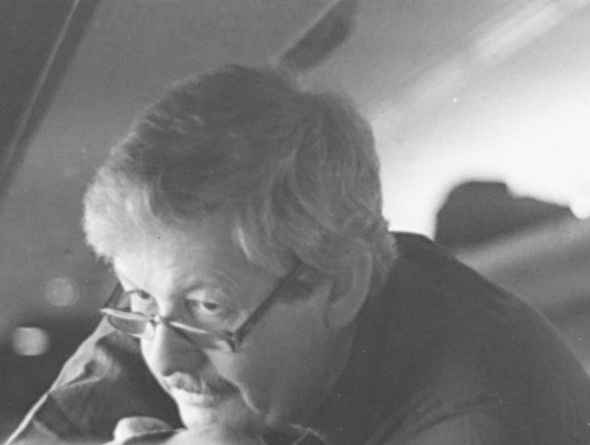 Born April 22, 1924, in Los Angeles, Mr. Weber was perhaps one of the most unassuming cartoonists  in a sea of unassuming cartoonists at the magazine.  Although he is solidly in the top tier of most published New Yorker cartoonists, with his work in  numerous New Yorker anthologies, he never published a collection of his own work. He told Lee Lorenz (who succeeded James Geraghty,  Mr. Weber’s first Art editor at The New Yorker)  that he “wasn’t interested” in having a collection. His low profile belied the work he delivered to the magazine: assured drawings, sometimes on a grand scale, usually, but not always focused on Manhattanites and  suburban dwellers  as far north as  Westport, Connecticut. His style was bold and exceptionally focused. Yet he managed to convey an irresistible fluency.   Weber’s people stood tall (or especially squat if they were children). His captions — his writing — in true New Yorker cartoon fashion, always delivered the unexpected punch, never disappointing.

He seemed to arrive graphically fully formed at The New Yorker (his first drawing appears below). His drawings featured well-defined characters imbedded within an exuberantly sketched environment, whether it was a parking garage or the Manhattan skyline. Like fellow New Yorker artists  Charles Saxon and Peter Arno, he handled the full page with ease.  In a letter to me in 2000, discussing Arno, he wrote: “I don’t think I ever consciously tried to emulate him, although I’ve learned  a lot from his superb sense of composition and drama. He had a marvelous ability to simplify. He never permitted anything extraneous, and he developed a powerful style unlike anyone else.”  Of course, he could have been talking about himself. 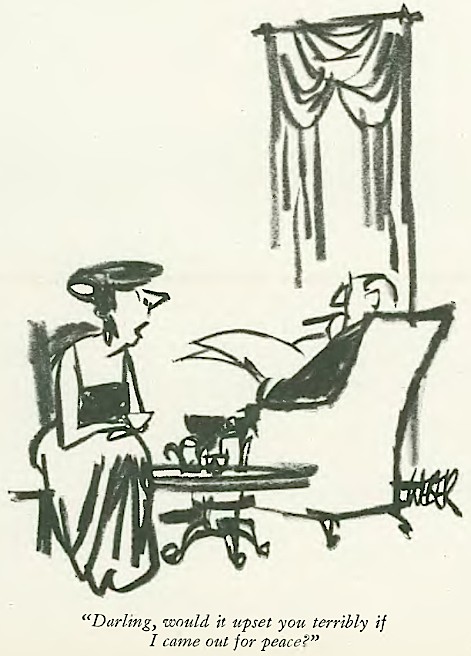