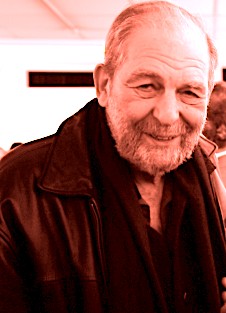 Robert Grossman a multi-talented artist with an instantly recognizable style, has passed away. Mr. Grossman enjoyed a spectacular career as an illustrator and cartoonist with his work appearing on the cover of numerous major publications. For far more information please go to Drew Friedman’s 2013 piece about Mr. Grossman’s career.

In the early 1960s Mr. Grossman worked briefly as an assistant to the New Yorker‘s Art Editor, James Geraghty. He contributed two cartoons in the Geraghty years: January 13, 1962 (seen above) and December 14, 1963. His work returned to the magazine in the Tina Brown years in the form of six comic strips; his last contribution ran under David Remnick’s editorship.

( Mr. Grossman’s Yale Record parody cover of the New Yorker appears at the top of this piece)

Trumpian cartoons were in the majority again this week in the Daily Cartoon slot:  a reflection on teachers & guns-in-the-classroom by Avi Steinberg, Stormy weather by Kim Warp, March Madness by Lars Kenseth, a tribute to Stephen Hawking by David Sipress (that was a ‘bonus” Daily), Trump & school walkouts was a team effort by Jason Chatfield and Scott Dooley.  The week ended with Ellis Rosen‘s nod to the nationwide closing of the Toys r Us chain.

All the work (and more) can be seen here.