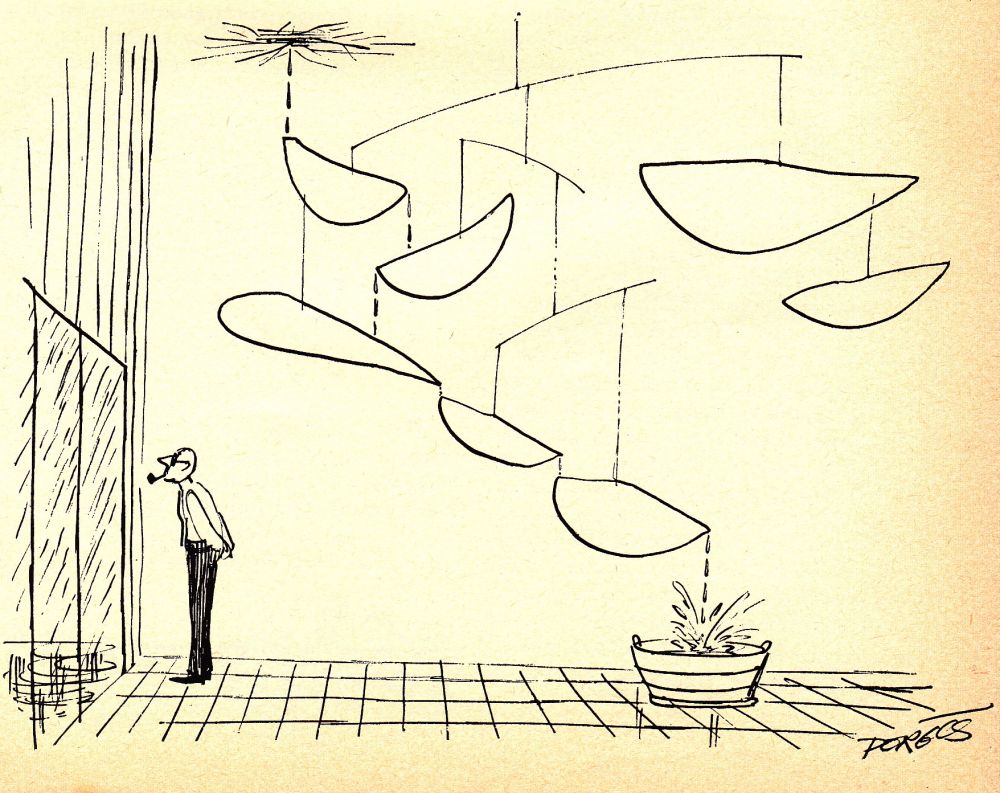 Peter Porges, who began his New Yorker career in the summer of 1965 (his first drawing in the magazine appears above) died this week at age 89.  Mr. Porges was perhaps more widely known as a MAD artist (one of its famed Usual Gang of Idiots), but his New Yorker career spanned thirty-five years. Jack Ziegler, a New Yorker colleague, told Ink Spill today:

I used to love running into Peter Porges at the New Yorker on look days.  He never failed to make me laugh with that dead ringer Victor Borge Viennese (or wherever) voice of his.  I always thought those two might have been brothers separated somehow during the war.  He didn’t appear a lot in the magazine; he was mostly a Mad and a Playboy contributor, but I think he liked to show up mainly for the conversation with the rest of us and to just plain goof around, then go to lunch.  At some point we traded drawings.  My take-away was one of his large Playboy originals, but what I really cherish is a lithograph(? – possibly just a print) he gave me at a later date – I’m don’t remember the occasion – that depicts a spacious, obviously European restaurant full of top-hatted gentlemen seated before a bunch of glass bowls containing what appear to be two yellow balls in each.  The drawing is called “Poets in a Vienna Kaffeehause having eggs in a glass cup.”  I have no idea why this strikes me as so funny – it’s on the wall in front of me now – but it just indefinably is.

Born in Vienna, Austria on February 7, 1927, he emigrated to the United States, served in the military, then studied at what is now called The School of Visual Arts.  After his work appeared in Stars and Stripes, The American Legion Magazine,  and Successful Farming, he became a contract artist for The Saturday Evening Post in the late 1950s.  According to Bill Crouch in The World Encyclopedia of Cartoons, his work for MAD magazine  “began in this period, born out of a great motivational force, survival.”   Mr. Crouch noted that Mr. Porges considered himself “not only a cartoonist but a graphic raconteur.”

On a personal note: what I loved about Mr. Porges’s work was its MAD-like energy — it was imprinted with great joy, excitement and, of course, hilarity.

See some of his New Yorker work here

Link here for a brief biography on Mr. Porges

Link here for a MAD Q & A with Mr. Porges