My mother once told me that Mother’s Day was more important to her than her own birthday.  Thinking of her today, I can’t help but think of the world she grew up in, especially during her formative years from the 1920s through 1950s. Hers was not the world of the arts, but of a factory job right after high school, and later, jobs taken to put food on the table for her three kids (my father was basically a no-show). She worked a luncheonette counter, and at a doughnut shop.  She worked in an ancient dark red brick factory near our home, where she assembled electrical parts whizzing by on an assembly line.  She joined the local police force as a crossing guard, wearing a dark blue uniform and a badge. 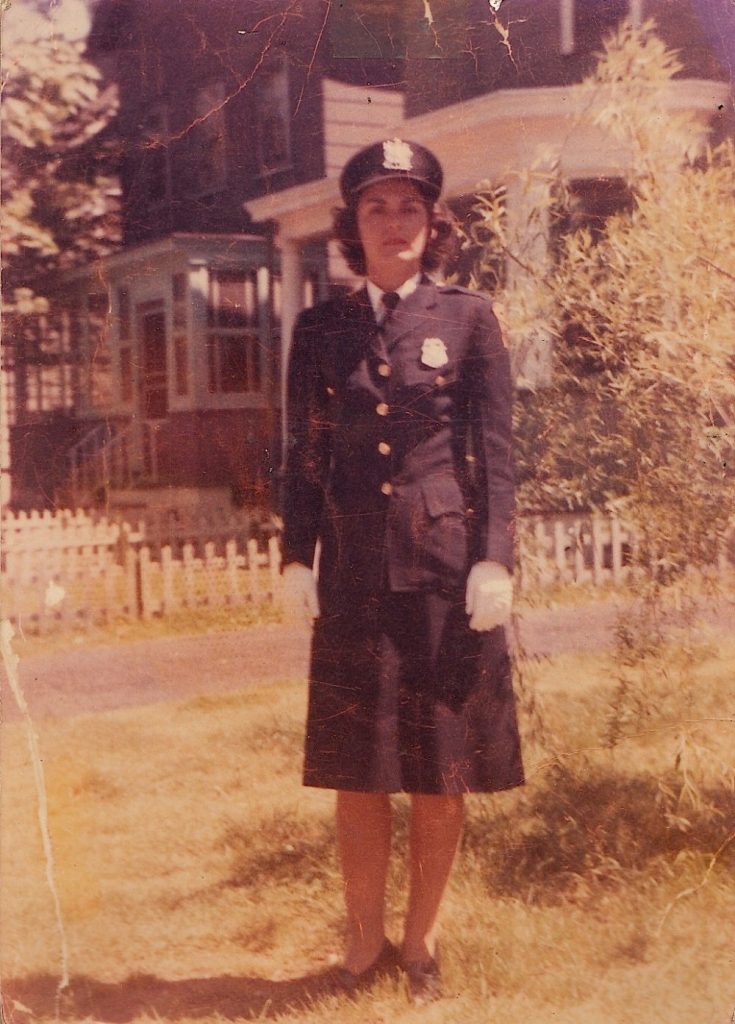 At home, at the end of her work day, she’d return to her three young boys and her husband-less home. I spent those after-school early evening hours laying on our living room floor drawing; she left me alone in my little paper and pencil world, never commenting on what I was working on.  But one day, when I was about seven years old, she broke her silence. It’s very possible she was worried;  perhaps she wondered where all this drawing was going — how would I make a living drawing soldiers and cowboys and angry dragons; and why wasn’t I down at the park playing with all the other kids, or doing homework?

And so, on that late afternoon, she spoke up.  “If someone asked you to draw a guy about to slip on a banana peel, you could do that, right?”  I answered, “Yes” (thankfully I didn’t tell her that I hated the thought of someone telling me what to draw).  All these many many years (and many many drawings) later, I continue to appreciate and value her beautiful parental mix of support and real world concern: “…you could do that, right?”