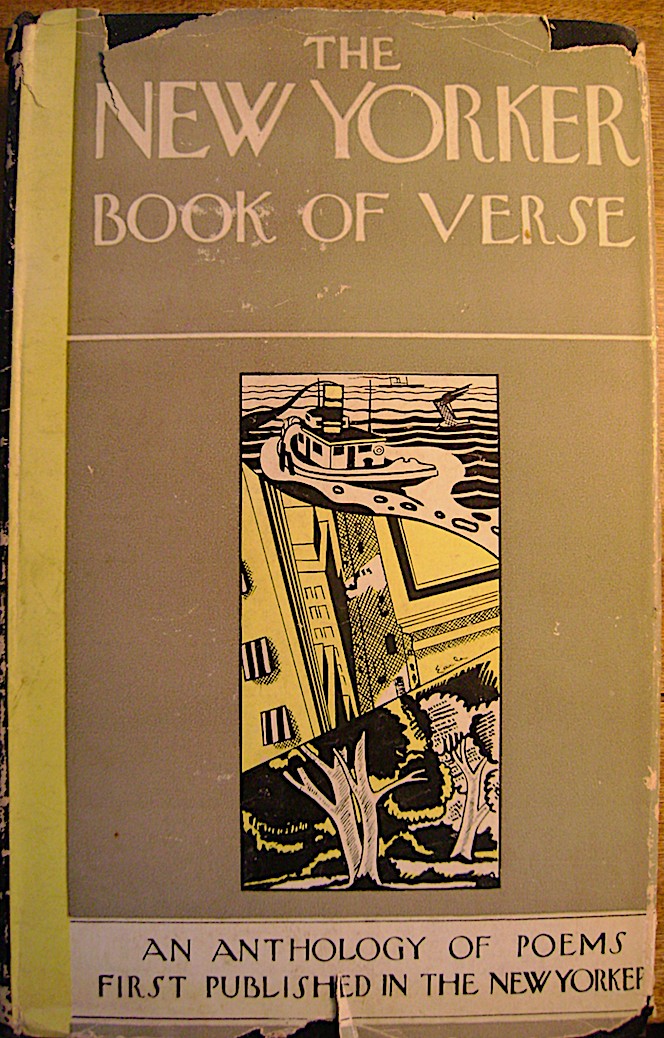 As poetry doesn’t get enough attention on this site, I thought I’d post this great cover from the magazine’s 1935 anthology. It sits on the Spill bookshelf right between two other oddities: The New Yorker Scrapbook (published in 1931) and Our Own Baedeker From The New Yorker (published in 1947).  The cover illustration — a complex fascinating piece of work — is signed “Earle”  — I wish I knew something, anything, about Earle, but I don’t.  Spot artists (assuming that that was a spot drawing) often went unheralded in those early days.

There are a few connections to The New Yorker cartoon world within the book’s covers. First and foremost is the inclusion of poems by Peggy Bacon, who is known around here for her cartoon contributions to the magazine.  Here’s Ms. Bacon’s entry on the Spill‘s A-Z: 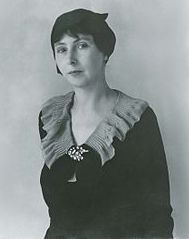 The other cartoon connected contributor to this anthology is E.B. White. He never had a cartoon published in The New Yorker, but we know he “tinkered” with captions,* and has been associated with one of the magazine’s most famous early cartoons (by Carl Rose).  Mr. White is a member of the cover artists club, having contributed the one below published in April of  1932. I believe he came up with the idea while in a hospital bed. 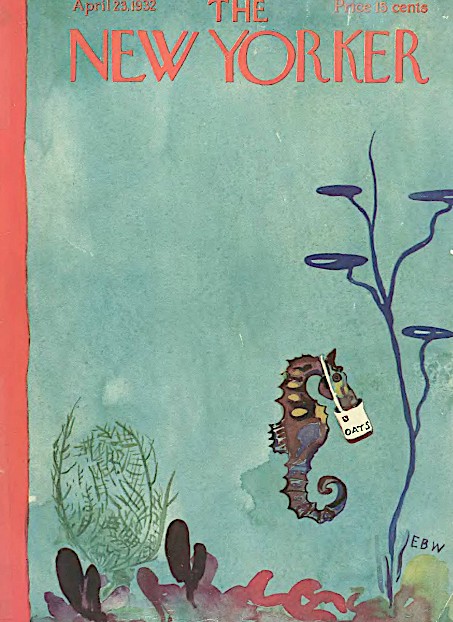 “When he [Harold Ross, founder and first editor of The New Yorker] persuaded Andy White, late in 1926, to take a part-time job on the staff, he was looking for someone to edit the funny column-fillers called ‘newsbreaks,’ to help with rewriting ‘Talk’ pieces, and to invent or improve captions for cartoons.”

Today’s Daily Cartoon — The Barr Exam — is by Kim Warp, who began contributing to The New Yorker in 1999.