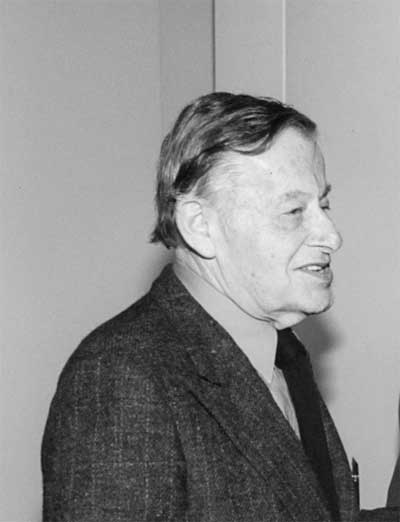 Frank Modell, whose first New Yorker cartoon appeared in the issue of July 20, 1946 died yesterday just a year and small change from his 100th birthday. Frank was a great cartoonist, a raconteur, a New Yorker historian, and not least, a truly truly nice person.

In 2013 Frank told his good friend and New Yorker colleague James Stevenson (in Mr. Stevenson’s book, The Life, Loves and Laughs of Frank Modell) that as a youngster:

“I wasn’t athletic and I wasn’t a good student, but I was good at drawing. I could copy a Lincoln head from a penny, and the other kids were very impressed. Everybody wanted one. I made a lot of Lincolns.”

Back in the States after serving in World War II (where he landed on Omaha Beach as part of the 116th Radio Intelligence Company) Frank made his way north from his hometown of Philadelphia to The New Yorker, the place that would remain his anchor for much of the rest of his life. After a stint as assistant to the magazine’s Art Editor, James Geraghty (who, he told me, at first deemed Frank’s work not quite ready to be published) Frank became a regular contributor, eventually seeing just over 1400 pieces published (including six covers). And like so many of the New Yorker‘s cartoonists of that time he also contributed ideas to other colleagues.

Later in life Frank became an unofficial oral historian of the New Yorker.  For a newcomer like me (I began contributing in the late 1970s) hearing his tales of leading the nearly completely blind James Thurber around the hallways of the New Yorker‘s offices at 25 West 43rd Street was a dream come true.

As for his art, Frank was a cartoonist’s cartoonist. He drew with confidence and grace and joy.  There’s nothing quite like a Modell character in motion. A Modell drawing exudes humor — we’re  laughing before we’ve even reached the caption.  Seeing his work was like  spotting the man himself across the room at a New Yorker party:  it always made me happy.

(Left: a popular Modell drawing in poster form. Below: Mr. Modell’s one and only cartoon collection, published in 1978).