Michael Gerber, publisher of The American Bystander has released the cover for issue #6.  Needless to say the art is by Arnold Roth (needless to say because he’s signed the art and  it could only be the work of Mr. Roth.  No one else draws like that).

If you love New Yorker cartoons, you’ll love the Bystander.

Go here to read more, to contribute to the Kickstarter campaign, to order a copy, and/or better yet, subscribe.

Continuing on in this series now with the first of a number of ads sent to the Spill by Anatol Kovarsky’s daughter, Gina. You’ll be seeing Mr. Kovarsky’s wonderful art pop up on the Spill throughout the holiday season as we head toward the opening of an exhibit of his work at the Society of Illustrators in January. Here are three undated ads for an underwear company.

Below: Blitt by Blitt 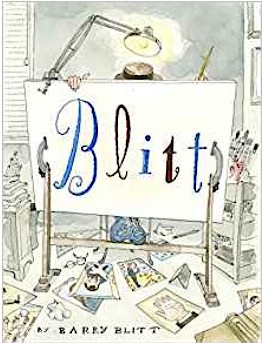