Here are a bunch of photos taken at last night’s opening reception for The Society of Illustrators exhibit, George Booth: A Cartoonist’s Life, curated by J.J. Sedelmaier.

A ton of original George Booth covers and drawings in one place. What more could anyone ask for?  It’s a wonderful show. Go see it. 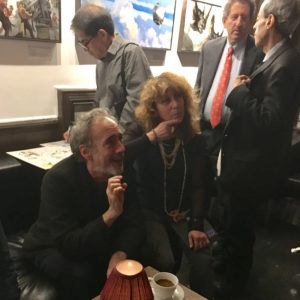 Above left, Danny Shanahan with Seth Fleishman (and right behind Mr. Fleishman is Stephen Nadler who runs Attempted Bloggery). Photo right: seated, John Cuneo, with the Director of the Society of Illustrators, Anelle Miller. Behind them is Felipe Galindo, and Stephen Nadler speaking with the cartoonist, Marc Bilgrey.

Below: two similar group photos. Can you spot the difference? 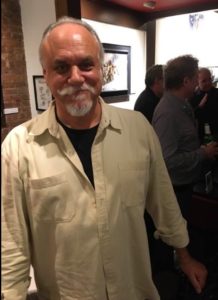 Below: George Booth, with the illustrator,Tom Bloom in the background — he’s the fellow with the beard. (This photo courtesy of Stephen Nadler). 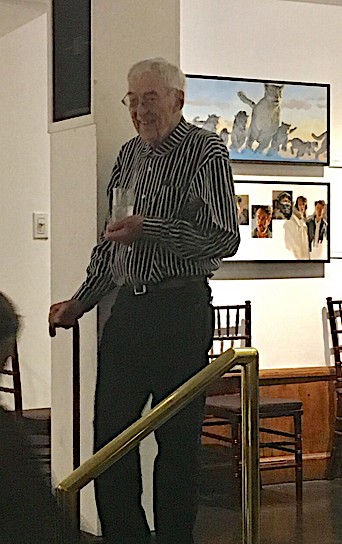 –All photos above by Liza Donnelly, except where noted. My thanks to her for being the Spill’s official photographer.