The Cover: It is always a treat to see a fellow cartoonist have a cover. This week is one of those weeks. Ed Steed returns with his fourth cover (he also did this week’s Spot drawings). Read art editor Francoise Mouly’s Q&A with him here. On first sight his cover recalled (minus all the flowers and whatevers) a cover by the terrif cover artist Gretchen Dow Simpson back in/on the issue of September 29, 1980.

A classic in the time of covid cartoon in this issue by Victoria Roberts (it’s on page 34). Ms. Roberts has cast most of her cartoons the living room over the years — here’s a case where the room itself seems (to me) an essential part of the drawing.

Another drawing that caught my eye in the issue: Amy Hwang’s snails in conversation (on page 50). There’s something in the playfulness of this drawing that ever-so-slightly reminds me of Bill Woodman‘s work (in general) as well as Arnie Levin‘s (in general) and Sam Gross’s (who among us doesn’t  see a snail cartoon without thinking of Mr. Gross’s wonderful snail cartoon that appeared in The New Yorker November 30, 1998.

Can’t leave this issue without mentioning P.C. Vey’s sweating safecracker (page 40). I find it hilarious that Mr. Vey is showing us what a stressful situation this is for the fellow turning the dial.

See all the cartoons in the issue here.

A Follow-up: In last week’s Monday Tilley Watch under the heading of More Tweaking, I said this about the headings in the issue:

At least for the article’s title (and for all the titles in the magazine once you get past The Talk Of The Town), the so-called Irvin typeface has left the building. It is ironic (to me anyway) that in an issue devoted to style and design, one of the most iconic typefaces in modern times has been tweaked away.

I’m happy to report that the Irvin typeface has returned in this issue. Let’s hope that that was the last gasp for tweaking the magazine’s design. It’s nearly perfect as is.* Really.

The New Yorker Festival: There’s a two page ad in this new issue for the upcoming (virtual) New Yorker Festival. A link shown on the ad that will lead you to the schedule isn’t working as of this writing — I’ll let you know if there is anything cartoon-related in store.

It only makes sense to end the tweaking by bringing back Rea Irvin’s Talk masthead design (shown below). It was removed in May of 2017, and replaced with a — gasp! — redraw. Read about it here.

J.A.K. on the home version of a concert ritual.

Ms. Donnelly, whose work is currently on exhibit at The Norman Rockwell Museum will be live-drawing in Mr. Rockwell’s studio tomorrow at 5:00.  All the info here. 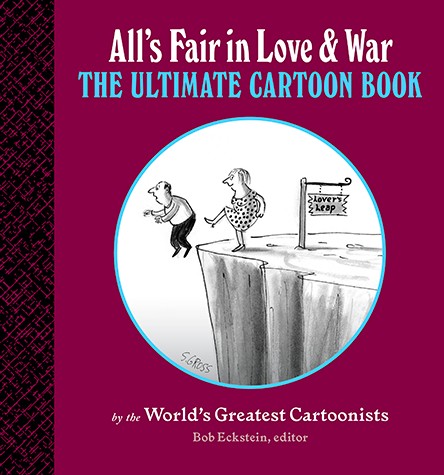