The Cover: Another pandemic cover…“Easing Back”

Twelve cartoons, twelve cartoonists. No duos (that we know of). One newbie, Dan Rosen. He’s the 10th new New Yorker cartoonist of the year and the 88th added to the magazine’s stable since Emma Allen became The New Yorker’s cartoon editor in Spring of 2017.

*Ms.Donnelly and I are married. I’d love this drawing even if we weren’t.

See all the issue’s cartoons here.

Although I trumpeted the end of the Masthead watch a few weeks back, I changed my mind within minutes after the trumpet’s call. Mr. Irvin’s design (above) is the real deal. Read about it here. 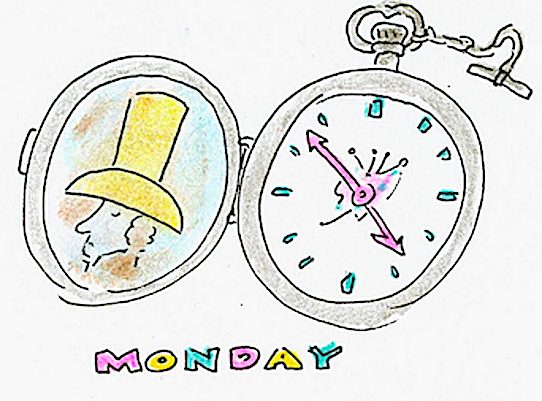 Not long ago, when I came up with the alternate Tilley Watch heading (above left) I never really gave it much thought that there might actually be a Tilley watch. A few minutes ago I did an online image search and…well, what d’ya know! A  Tilley & Son pocket watch turned up. Apparently from the Victorian age. No Rea Irvin butterfly on its face, but still, a thing of beauty.

The Cartoonists In The New Yorker 50 Years Ago This Week

Beginning today, and appearing every Monday, the Spill will toss out a time capsule list of cartoonists from the magazine’s past. This week it’s from the issue of June 12, 1971, half a century ago this week. 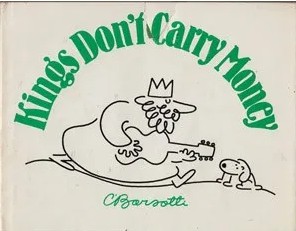 Charles Barsotti (above) Born, San Marcos, Texas, September 28, 1933. Died, Kansas City, Mo., June 16, 2014. Mr. Barsotti was briefly the cartoon editor of The Saturday Evening Post (from 1968 until its demise in 1969). The New York Times review of his 1981 collection “Kings Don’t Carry Money” led with the following:”Thurber lives, in Kansas City under the name of Charles Barsotti.” His deceptively simple line drawings of pups and kings, and businessmen have been a presence in The New Yorker for over fifty years. It is likely that Mr. Barsotti is the only New Yorker cartoonist to have ever run for Congress (an unsuccessful bid, in 1972, in Kansas). New Yorker work: 1962 – . Key collections: Kings Don’t Carry Money (Dodd, Mead, 1981), and The Essential Charles Barsotti, Compiled and Edited by Lee Lorenz (Workman, 1998). Website: http://www.barsotti.com/