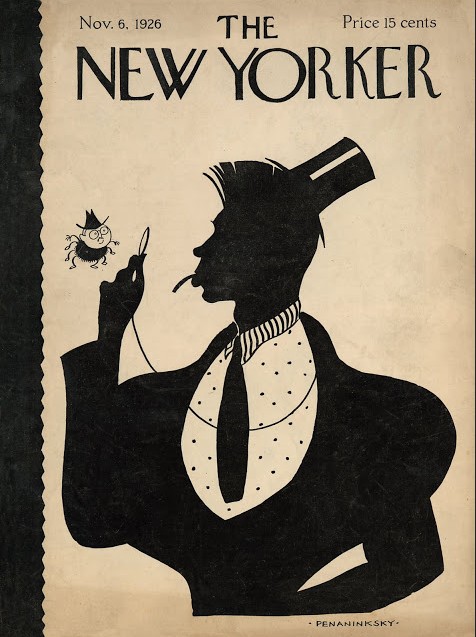 The above is obviously not an image from the Getty images photo archives — those cost to license. Above is Rea Irvin‘s cover for a parody issue of the New Yorker celebrating Harold Ross‘s 34th birthday, with Mr. Irvin substituting Mr. Ross for Eustace Tilley. To see a small array of photos of Mr. Ross, link here to the Getty site. I find it amusing that the half-dozen Ross’s photos are surrounded by other photos (a sea shell, commuters, exotic locations).

Over on Attempted Bloggery  the tribute to the work of E. Simms Campbell continues.  See it here!