Here’s further information on the upcoming documentary, Stevenson Lost And Found. “Stevenson” is James Stevenson, one of The New Yorker‘s most prolific cartoonists.

From the Producers of Stevenson Lost And Found:

We are excited to announce the world premiere of Stevenson Lost And Found as part of the DOC NYC Film Festival 2019.

Tickets can be purchased here.

Link here to the Stevenson Lost And Found website.

Link here to Stevenson Lost And Found on Instagram. 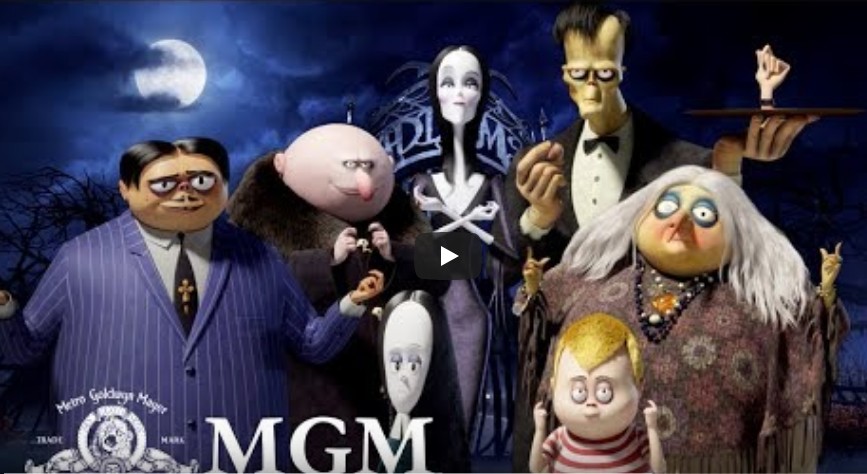 The brand new Addams Family film is doing very very well at the box office …..which means there will be another.

Out now is Paul Noth’s latest, How To Win The Science Fair When You’re Dead (Bloomsbury Children’s Books). Mr. Noth has been contributing to The New Yorker since 2004.

From the publisher: New Yorker cartoonist Paul Noth continues his laugh-out-loud, illustrated middle grade series about a boy, his wacky family, and an out-of-this-world adventure.

Coming out in May of 2020 from Simon & Schuster/Paula Wiseman Books is Mike Twohy’s Spacebot. Mr. Twohy has been contributing to The New Yorker since 1980.

Here’s some text from Simon & Schuster:

Mike Twohy is a Geisel Honor Award–winning author and illustrator of several books for children, including Poindexter Makes a Friend, Outfoxed about which The Horn Book said, “story time audiences will howl with laughter,” Wake Up, Rupert!, and Mouse and Hippo, which the School Library Journal called “a story time hit.”  He has been a longtime contributor of cartoons to The New Yorker. He lives with his wife, cats, and yellow Lab in Berkeley, California.

The “perfect” Dear Santa letter…by Joe Dator, who has been contributing to The New Yorker since 2006.  Visit his website here.