Here are two fun pix from two coasts including a grand total of three New Yorker cartoonists and one New Yorker writer.

From the east coast:  Pat Byrnes and David Borchart taken during a congregation of cartoonists in Manhattan this morning that included Bob Eckstein (who took the photo and graciously allowed its use here), Evan Forsch, and Robert Leighton. 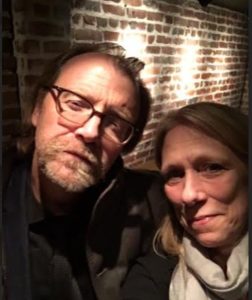 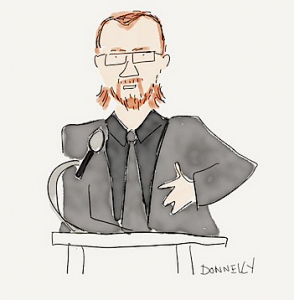