Liza Donnelly, whose work has been appearing in The New Yorker since 1982, was at The Norman Rockwell Museum yesterday morning  painting a mural in preparation for her exhibit there in mid-July. This will be Ms. Donnelly’s first-ever solo show of her work.

There will be a virtual opening event on July 10th at 5:30 at the museum. Ms. Donnelly will show you around the exhibit and answer questions.  Details will be on the Spill as we get closer to the date.

To see a short video of Ms. Donnelly working on the wall, go here to Instagram. 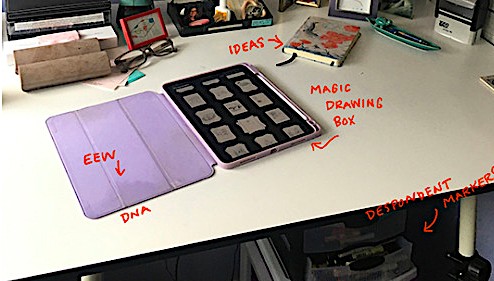 From Jane Mattimoe’s fab blog, this post on Teresa Burns Parkhurst, who began contributing to The New Yorker in 2017.

To see all of the cartoonists that’ve been spotlighted on Case, go here.

Mr. Loper began contributing to The New Yorker in March of 2016. 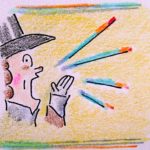 Ms. de Recat has contributed to The New Yorker since February of 2018.