The third early release New Yorker cover in a month — surely a sign of the times. With the news on overdrive these days I again urge the magazine to consider running an online Daily Cover much as they run a Daily Cartoon and Daily Shouts.

Robert Leighton on dating and politics. Mr. Leighton has been contributing to The New Yorker since 2002. Visit his website here.

…From The Believer, March 19, 2020, “News Travels Fast: A Comic” by Ali Solomon. Ms. Solomon began contributing to The New Yorker in November of 2018.

Weighing whether to go out for some essentials today, I was reminded of a New Yorker drawing of mine from the issue of March 14, 2011… 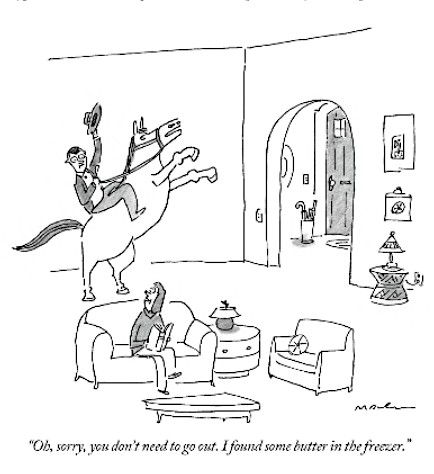