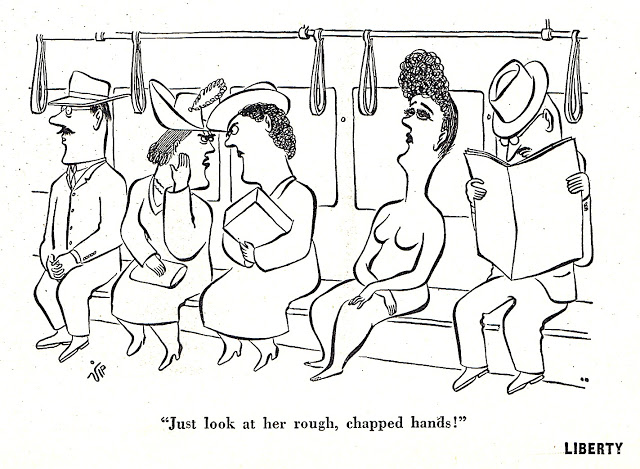 Dick Buchanan has dug into his voluminous files for a whole lot of Virgil Partch. Mr. Partch’s cartoons  (he signed his work “VIP”) appeared in The New Yorker just a half dozen times, but could be found in many of the major (and some of the minor) magazines of his day . Mr. Buchanan gives us a wonderful four-part survey via Mike Lynch’s blog.

Above: From Liberty March 4, 1944, courtesy of Mr. Buchanan’s files

Below, his Spill A-Z entry

The New Yorker: “A World Without MAD Magazine”

The New Yorker has weighed in on the demise of MAD.  Read Jordan Orlando’s Culture Desk piece, “A World Without MAD Magazine” here.

And today’s Daily: More Mueller from David Sipress, who began contributing to The New Yorker in 1998.