Here’s an early New Yorker oddity in the line of the Albums published.  It’s the first published for a specific year.  There were later annual Albums  (1940, 1942, and much much later 2007, 2008, and 2009).  Curious that, for the first time there is no foreword.  Perhaps the editors thought they’d take a break after the highly interesting double foreword to The Seventh New Yorker Album, published in 1936 . We’ll get that on another Sunday.

The cover of the 1936 collection, by William Crawford Galbraith, originally appeared on the December 14, 1935 issue of the New Yorker. 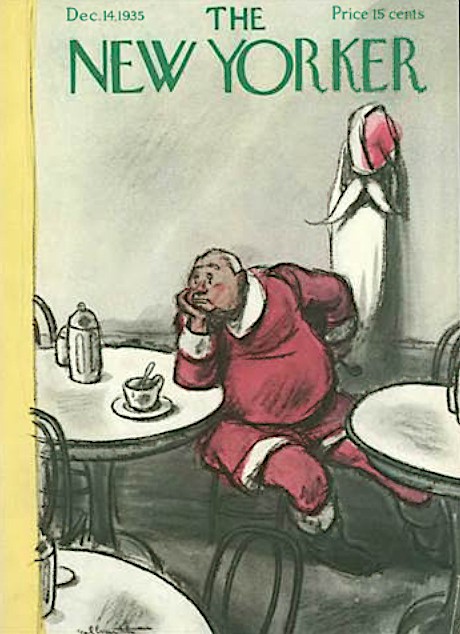 So what do you see inside the annual? Within the first two pages is a full page Peter Arno drawing, and a Thurber and a Charles Addams.  Addams’ signature is somewhat different than the one we’ve all become accustomed to (his long New Yorker run was in its infancy in the mid-1930s). But even this early he was already a star.  One of his drawings appears, alone, on the back cover.

Below: early Addams signature.  Below below: later.

By the mid-to-late 1930s The New Yorker ‘s stable of artists  was now into its Golden era. There are two drawings in this volume which have gone on to be reproduced numerous times.  I hesitate to say they are as “famous” as Addams’ skier or Peter Steiner‘s “On the internet nobody knows you’re a dog”  but they have had some extra attention over the years since first published in the New Yorker. The first is Peter Arno’s “Come along. We’re going down to the Trans-Lux and hiss Roosevelt” and the second is Thurber’s “It’s a naive domestic Burgandy without any breeding, but I think you’ll be amused by its presumption.”

They are surrounded, as usual for this time period, by gorgeous funny drawings aplenty, including a double page spread by Carl Rose titled A Caravan of California Millionaires, Fleeing Eastward From the State Income Tax, Encamps For the Night in Hostile Wisconsin Territory: 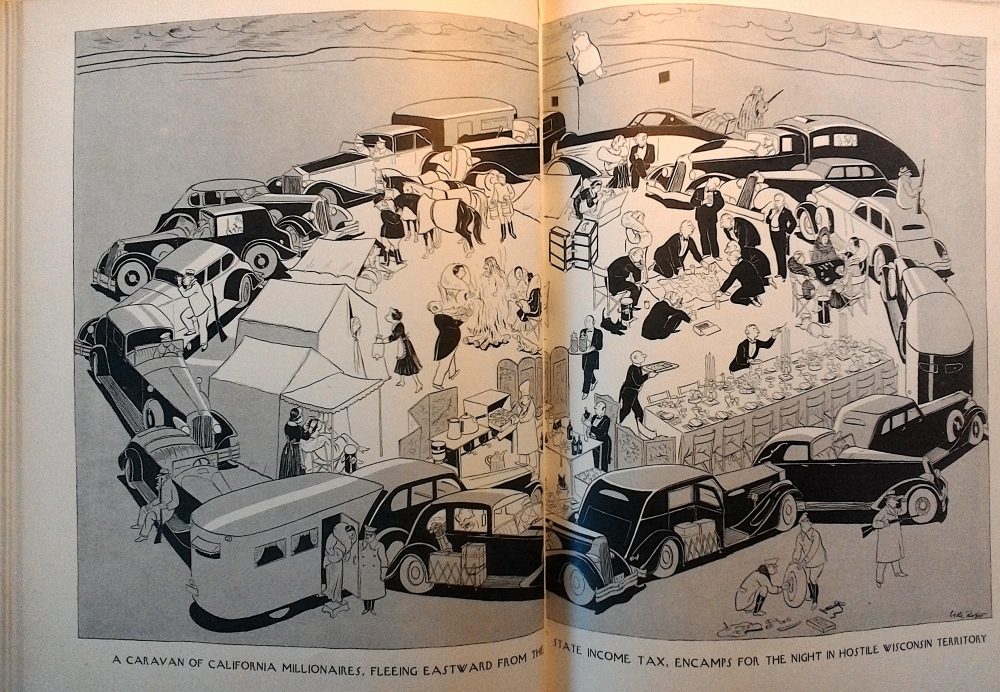 and another by Rea Irvin, Our Own Previews of Hollywood Attractions. 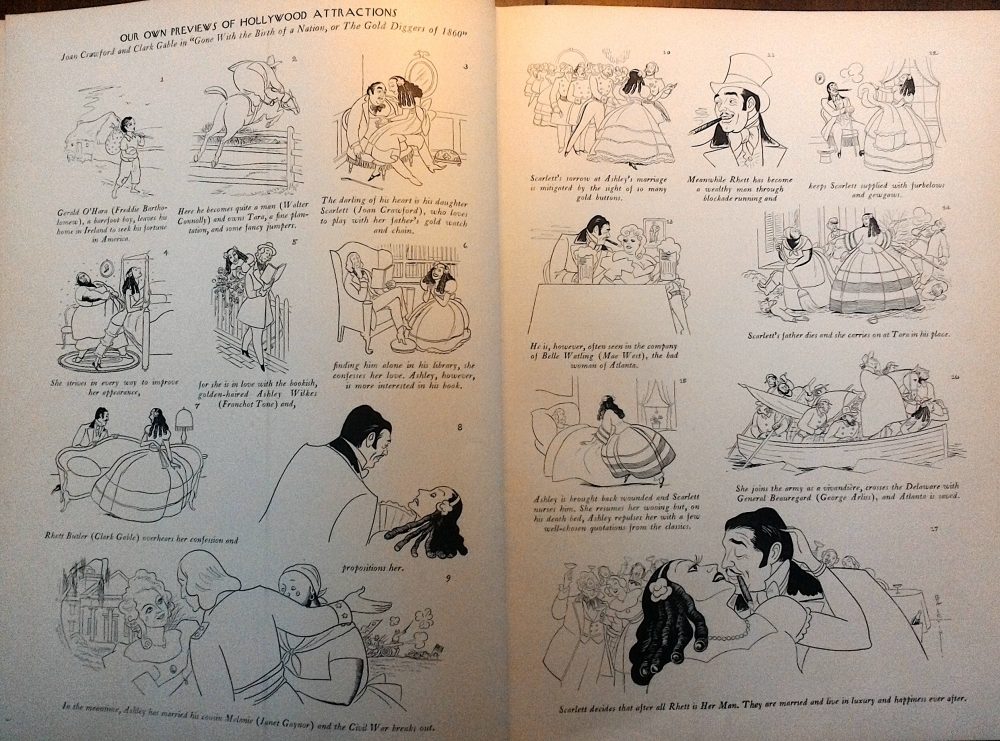 I reproduce them here, poorly (sorry), just to give you an idea of how terrific they look on the page.

Here’s the list of those in the Album. Interesting that the “Spot” artists are finally set-off from the pack:

CBS has posted their segment on George Booth. See it here!